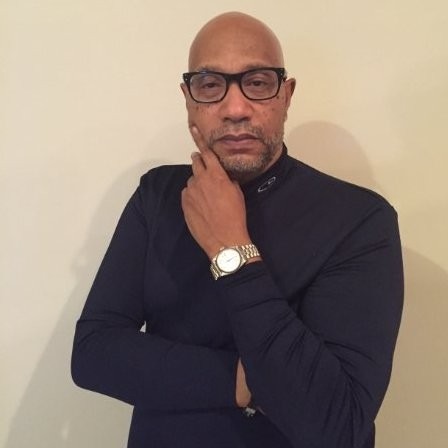 Carl King and Tom Walsh of TW3 Entertainment came together to develop diversity Motion Picture projects that would inspire people and send positive messages to audiences. It is a goal of this team to have their film projects launch new methods to help people get a new beginning in life…a new start. The TW3 original motion picture “Swords of Justice” is designed to meet that goal.

Carl King, son of the famous boxing promoter Don King, is quick to point out that his love for the sport of boxing goes back as far as he can remember. “When I was 8, my dad bought me a pair of boxing gloves to play with,” Carl said. “When I was in the seventh grade, before my dad had ever promoted a boxing match, I wrote a paper called History of Boxing in the Heavyweight Division. I received an “A” on that paper, While still only a freshman in college, Carl formed Monarch Boxing and became the youngest boxing manager in history by signing Michael “Dynamite” Dokes. Carl guided Dokes from his first professional bout through his reign as an undefeated world heavyweight champion. Carl King learned early in life that it was important to help one’s community. Being there with his father, Carl watched his father save “Forest City Hospital”. To save the hospital, Don King launched on August 28, 1972 a fund raiser called “The Show for People Care”, an exhibition fight with Muhammad Ali. The local community hospital was saved by the King’s fund raising event.

On Dec. 20, 1982, Carl was awarded a’ Key to the City of Cleveland’ and a few days later on Dec. 27, he was given a’ Key to the City in neighboring Orwell, Ohio’ (only the third recipient to ever receive this honor). He was named ‘Manager of the Year’ by the World Boxing Council in 1996, by the World Boxing Association in 1995 and 1996 and by the International Boxing Federation in 1996, 1997 and 1998.Carl has managed nearly 50 world champions including Michael ‘Dynamite’ Dokes, ‘Terrible’ Time Witherspoon, Carlos ‘Sugar’ DeLeon, Greg Page, Tony Tubbs, Tony Tucker, Frankie ‘ The Surgeon’ Randall, James ‘Bonecrusher’ Smith, Trevor Berbick, Frans Botha, Lonnie Smith, ‘Irish’ Leroy Haley, ‘Cincinnati Kid’ Tim Austin, Byron ‘Gator’ Mitchell, Shamba Mitchell, and one of the greatest fighters ever from the African Continent, Azumah Nelson, now inducted into the International Boxing Hall of Fame. In 1996, Carl moved his base of operations to South Florida and re-named his company to Monarch Sports Management. On Sept. 19,1998, Carl made his debut as a television boxing analyst during the world heavyweight title fight between Evander ‘The Real Deal’ Holyfield and Vaughan ‘Shake-n- Bake’’ Bean at the Georgia Dome in Atlanta, which was broadcast on KingVision, USSB and DirecTV. Carl continues to do boxing color commentary for numerous domestic and international boxing broadcasts. In the new millennium, Carl went onto manage Ricardo ‘El Matador’ Mayorga, who went onto become a three-time world champion, Guillermo Jones, who became the WBA Cruiserweight World Champion, Will Grigsby, who regained his IBF Junior Flyweight Championship, and his previous client Byron Mitchell regained a World Championship, also Bermaine Stiverne became Heavyweight Champion of the World.In 2001, Carl began doing Basketball Clinics for inner-city kids in nearby Miramar, Florida. The Monarch Sports Basketball Clinics helped thousands of kids get an opportunity to be exposed to physical fitness training and nutritional education. With the help of coaches from neighboring colleges and universities (Florida International University, Florida Atlantic University and the University of Miami). The clinic ran for 11 straight years and provided an abundance of star athletes, trainers, and coaches for the kids to learn from. In 2007, Carl was awarded the ‘Key to the City of Miramar’ for his tireless commitment to the community of Miramar, Florida.

One of the proudest events in Carl’s life was being invited to the Dominican Republic by President Hipolito Mejia for meetings to improve sports programs in that country. “To be recognized for my knowledge of sports by the president of a country was a great honor” King said. In April 2019, Carl King was also inducted into the National Boxing Hall of Fame.