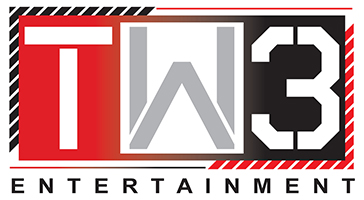 Award winning Writer-Director-Producer, Tom Walsh founded and established TW3 to focus on creative, original entertainment projects that transport audiences to unique fantasy worlds unlike anything viewers have yet to experience or imagine.

Technology is rapidly changing the world. The Motion Picture Production Process is changing as well (“Next-Gen Filmmaking”). There is no need for costly set construction and expensive production.TW3 has developed a slate of Family motion Picture and streaming Original series projects that will utilize a new “Virtual Production Process” where either live action actors or (“Digital Humans”) will be placed in CGI digital environments/fantasy worlds.

In past years, TW3 had been creating, writing, producing, and managing entertainment projects for companies such as EnterAktion Studios, Inc. Most notably, TW3 supervised all production activities for EnterAktion Studios on the computer animation motion picture “Dwegons and Leprechauns” starring academy award winner Melissa Leo released in September 2014 by Vertical Entertainment. TW3 provided the services of Tom Walsh as a Director, Producer and Co-writer of the movie. Tom Walsh supervised and directed creative teams and a staff of over 250 in both China and Los Angeles to complete “Dwegons and Leprechauns” production by establishing a successful movie production pipeline between production teams in the two countries. The fun “Dwegons and Leprechauns” movie continues to be viewed by audiences; having been streamed and featured on such streaming networks as Netflix, Amazon Prime, and recently Peacock.

A graduate of  New York University’s Tisch School of the Arts Film School, CEO Tom Walsh is experienced in running entertainment companies and managing productions for all media. He leads the TW3 creative team and is the key creator/co-writer of many of the Company’s projects. His entertainment career has encompassed directing, writing and producing live action and computer animation motion pictures, producing programming for the major TV networks including prime time comedy specials for ABC Television Network, daytime programs for NBC Television Network and other programming with Proctor and Gamble Productions, Time-Life Television, as well as reality programming. Tom Walsh has also produced highly acclaimed video games and is currently Producing and Directing Virtual Reality content/productions.

In Hollywood, one has always heard the importance of the saying, “CONTENT IS KING” to describe the needed elements for success in the motion picture and television industries. Now, New media companies throughout the world also need endless content for the creation of Virtual Reality, video games, virtual worlds, apps, and social Media, to name a few. China’s unprecedented expansion into the entertainment industry is also increasing the endless demand for content.

TW3 has designed its content for  the worldwide market. TW3 and Tom Walsh have invested many years on the development of new original fantasy worlds, environments, creatures and characters for global audiences to discover.  TW3 and its co-owned ventures have an IP library consisting of:

TW3 is using its close relationships with distributors to structure distribution deals for completed movies by third party producers and production companies. TW3 activities include: arranging worldwide distribution (Outside of Australia) for the Australian theatrical motion picture, “WILLIAM KELLY’s WAR” (Producer: Phil Avalon; Written & Directed by: Geoff Davis), as well as the sale of the entire INTERTROPIC FILMS’ (Phil Avalon) library of 10 renown movies including “LIQUID BRIDGE” and “Summer City” with Mel Gibson in his debut role and arranging and negotiating worldwide distribution for the motion picture “The Rest of Us” Directed by award winning film Director Linda Mills.